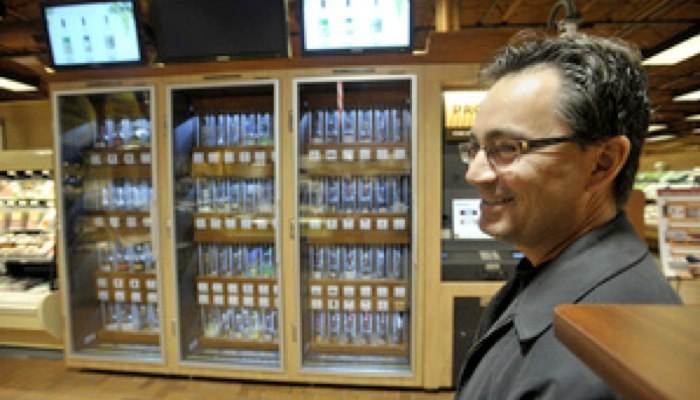 In what seems like the 25th attempt, the Pennsylvania Legislature will try to craft a Bill permitting the privatization of retail sales of wine and spirits.  As a proud son of the Commonwealth, I applaud any move that will bring us closer to the 21st Century.
As we Pennsylvanians leave our homes for summer vacations to destinations beyond our border, we encounter, shockingly, the sale of beer, wine and spirits in grocery stores and convenience shops in other states. Somehow, remarkably, these states have managed to maintain public order and prevent the chaos that our Pennsylvania Liquor Control Board would have you believe would occur if we permitted such sales.
The current monopoly that Pennsylvania has on the sale of wine and spirits stems from the age of Prohibition.  It has metastasized into a union led effort to protect the existing structure of state run “State Stores”.  Our former Governor, Ed Rendell green lighted the ridiculous and embarrassing “wine kiosk” in response to demands for modernization.  I quote Kevin D. Williamson as follows:

“The booniest of these boondoggles were the wine kiosks installed in a number of Pennsylvania grocery stores.  ….[T]he machines themselves were the real treat.  They were essentially giant soda machines with a direct link to agents at the state’s Liquor Control Board.  Would-be buyers would would walk up to the kiosks, swipe their drivers’ licenses to prove their age, submit to an examination by LCB officials[!] operating remote cameras, submit to a breathalyzer exam, and then-if the chemistry and the bureaucracy were all satisfied- choose from a selection of wines about the size and quality of that offered in business class on a domestic airline.  Strangely, this did not catch on.”

The Kiosks have, inevitably gone the way of that portion of hell that reserves itself to bad ideas made by committees and bureaucrats.

It is time for Pennsylvania to modernize the archaic and absurd liquor laws in this state.

This site uses Akismet to reduce spam. Learn how your comment data is processed.